The Role and Detection Methods of Long-Chain Fatty Acids

The Role and Detection Methods of Long-Chain Fatty Acids

Long-chain fatty acids can be passively transferred across mammalian cell membranes. As the concentration of free fatty acids in the solution increases, the simple diffusion process becomes significant at higher molar ratios of fatty acids to albumin. However, under physiological conditions where the ratio of fatty acids to albumin in the circulation is low, the main part of absorption seems to be mediated by protein components. Therefore, plasma membrane-associated and cytoplasmic fatty acid binding proteins are involved in the absorption and transport of cellular fatty acids and metabolism in tissues. These binding proteins may also play a role in regulating the metabolism of long-chain fatty acids, which is involved in the regulation of cell growth and other cell functions. 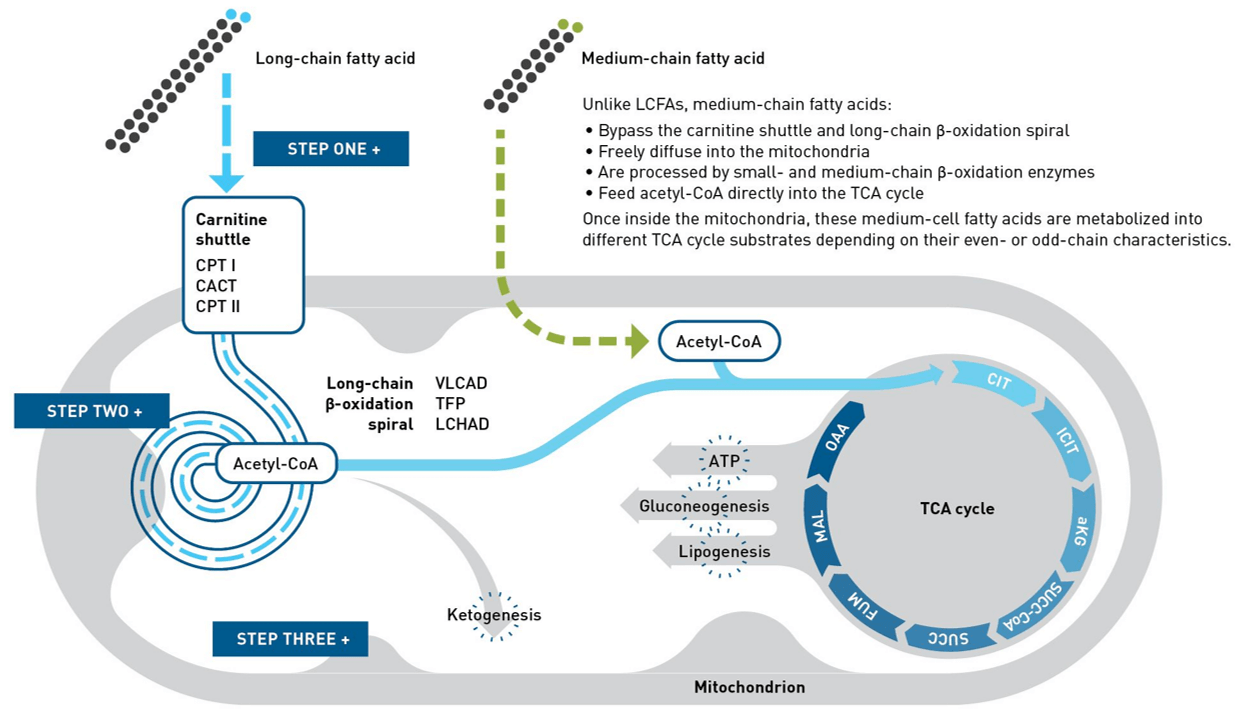 Long-chain fatty acids are essential for many functions of mammals:

1. LCFA and its derivatives can play a structural role as a component of lipid rafts in cell membranes

2. Long-chain fatty acids are energy sources for energy metabolism in animals. LCFA is a substrate produced by adenosine triphosphate (ATP) in muscle, heart, and liver, and is used for thermogenesis of muscle and brown adipose tissue (BAT).

3. LCFA can be used as a covalent modifier for different proteins

4. LCFA is also a signal molecule in certain metabolic processes. LCFA can be used as an important substrate for lipid mediators involved in the anti-inflammatory and pro-inflammatory cascades, thereby affecting the immune response.

The common detection methods include gas chromatography (GC), high-performance liquid chromatography (HPLC), high-performance liquid chromatography-tandem mass spectrometry (HPLC-MS/MS), infrared spectrometry, and nuclear magnetic resonance (NMR). Due to the high sensitivity, good separation and low detection limit, gas chromatography was the most widely used detection method before. In recent years, the application of GC-MS has been more researched because of its suitability for micro or trace analysis, higher sensitivity, lower detection limit, and better separation. There are now mature commercialized standard spectral databases for the rapid search and identification of unknown compounds.