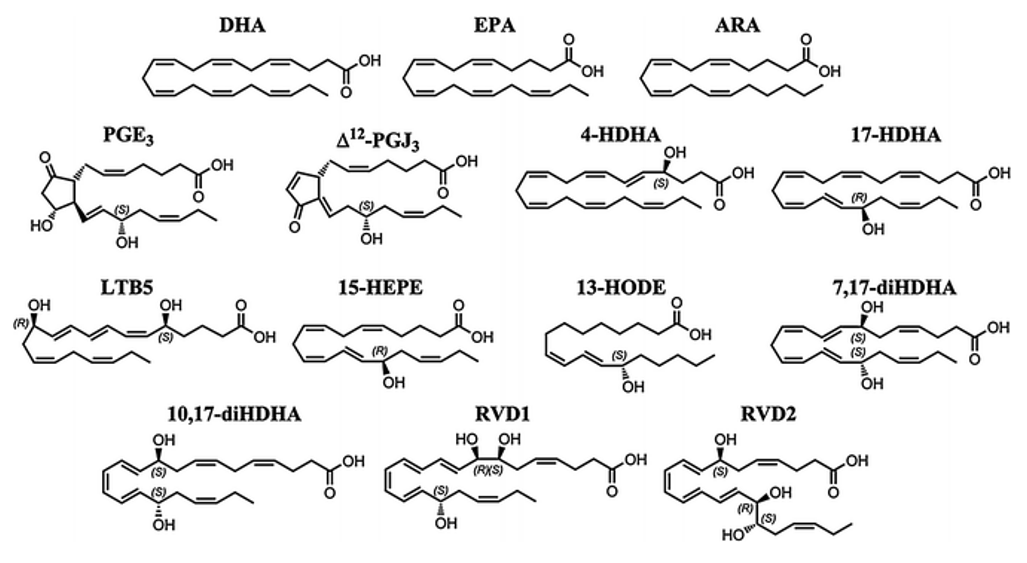 Studies have shown that there are disorders of fatty acid metabolism in the obese state, which may be an adaptive response to obesity. An increased proportion of dietary ω-6 PUFAs can cause fat aggregation in the body and promote obesity, while an increased proportion of ω-3 PUFAs has the effect of inhibiting fat aggregation. In obesity, adipose tissue will synthesize and release a large amount of inflammatory mediators such as tumor necrosis factor, interleukin and C-reactive protein, which are involved in physiopathological processes, and to a certain extent, it will promote the increased reactivity of ω-3 PUFAs to antagonize the inflammatory effects of these inflammatory factors.

Hypocretin-1 is secreted by hypothalamic secretory cells. The secretory effect of hypothalamic secretory cells can be inhibited by leptin and hyperglycemic state, and activated by ghrelin and hypoglycemic state, according to which hypocretin-1 has been found to enhance appetite, increase the amount of food eaten and accelerate catabolism. The main function of leptin is to regulate energy metabolism, and the expression and secretion of leptin are influenced by various factors such as diet, hormones, and disease. Elevated plasma leptin levels and leptin resistance are one of the main pathological features of obesity. ω-3 and ω-6 PUFAs may be associated with the development of leptin resistance, but the direct regulation of leptin expression by these two types of fatty acids cannot be determined.

Dietary fatty acids are associated with lipid metabolism, coronary heart disease (CHD), and atherosclerosis (AS). ω-6 PUFAs cause platelet agglutination and thrombosis, while ω-3 PUFAs have the opposite effect. Excess dietary ω-6 PUFAs increase blood viscosity, vasospasm and vasoconstriction, and increased ω-3 PUFAs in the diet alleviate these symptoms. However, excessive intake of ω-3 PUFAs also has the risk of aggravating bleeding. Excessive intake of EPA and DHA causes excessive inhibition of TXA2 formation, resulting in prolonged bleeding time, aggravation of bleeding phenomenon, and may even increase the risk of cerebral hemorrhage.

In addition, PUFAs also perform their physiological functions in a variety of diseases such as sudden death, depression, childhood attention deficit hyperactivity disorder, and Alzheimer's disease.